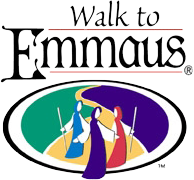 Walk to Emmaus - A Path to Encountering Jesus

Luke tells the story of two disciples walking on the road from Jerusalem to Emmaus on the afternoon of the first Easter. They are dispirited and sad. They feel disappointed, abandoned. They could not see God's redemptive purpose in the things that had happened. Much like people today they could not understand what do next and were overwhelmed by their frustrations and difficulties.

As they walked, they came upon a stranger, who asked if he could journey with them. They said "yes" and the man joined them. As they walked toward Emmaus, the stranger explained to them the meaning of what had happened in Jerusalem, what the crucifixion, death, and resurrection of Jesus meant. He connected recent events to all that had been foretold. He explained what recent events meant for their lives from here on out. With each word he spoke, new hope rose in their hearts.

When they arrived in Emmaus, they invited the stranger to eat with them. After they went in and sat down, the stranger took bread, blessed it and broke it, and gave it to them. In that instant, seeing how he broke and blessed the bread, looking into his eyes, in a mystery we do not understand, they saw Jesus! How they could not say but they had no doubt. How else could their hearts have burned when he spoke, how else could he look at them the same way Jesus had looked at them. They treasured the minutes with Jesus, listening to all he said, yet wanting to get up and run to tell their friends. After Jesus departed, they ran to their friends in Jerusalem. As they told stories about their encounter, and all had trouble understanding how it could be, Jesus came to them. Filled with His words, forever changed by His spirit, transformed by their encounter, they wanted to share the news with everyone and show how anyone's life can be transformed by meeting Jesus on their journey.

How can I get involved?

The Walk to Emmaus offers people today an opportunity to discover Christ's presence in their lives, to gain fresh understanding of His transforming grace, and to form friendships that change lives. While the Walk to Emmaus provides a pathway to the mountaintop of God's love, it also empowers pilgrims' return to the world in the power of the Spirit to share the love they have received with their friends, their families, and a hurtful and hurting world.

The Walk to Emmaus is open to anyone!. To get involved in Emmaus, each person must have a sponsor who has already attended Emmaus him- or herself. Westlake UMC has sent many people on a Walk to Emmaus, and there are several alumni groups who meet weekly, whose members would be happy to speak with you. If you have a friend who has been on a Walk to Emmaus, ask your friend to tell you about his or her experience with the program. Your friend can help you decide whether or not you would find the Walk to Emmaus experience helpful. You can also click here to email Dr. Jim Chudleigh, Westlake UMC Emmaus Coordinator.

What can I expect?

The Walk to Emmaus experience begins with a series of discussions led lay and clergy on the themes of God's grace, the practices of Christian discipleship, and what it means to be the church in today's world. The course is wrapped in prayer and meditation, special times of worship and daily celebration of Holy Communion. The "Emmaus community," made up of those who have attended a Walk to Emmaus weekend, support the 72-hour experience with a prayer vigil, by preparing and serving meals, and other acts of love and self-giving. The Walk to Emmaus typically begins Thursday evening and concludes Sunday evening. Men and women attend separate weekends.

During and after the three days, Walk to Emmaus leaders encourage participants to meet regularly in small groups. The members of the small groups challenge and support one another in faithful living. Participants seek to Christianize their environments of family, job, and community through the ministry of their congregations.